Are you struggling with unresolved wellness issues?

Food sensitivities could be causing the majority of your wellness issues.

Here are some comments from three people who have removed the foods from their diet they had a sensitivity to. Jackie, Kevin and Katlyn:

“I was working out 4-5 times a weeks and eating healthy for the past 2 years in order to lose just a few pounds, but it was not happening for me…Just by eliminating 3 foods out of my eating routine I was able to lose 10 pounds in about 3 weeks…I am happy and I am healthy!” -Jackie

“It’s been 30 days since taking out the foods I’ve been shown to have a sensitivity to. I am acne and eczema free! There is still a patch drying up on my leg but it’s getting better. No IBS symptoms either. I’m a happy Girl!!” -Kaitlyn

What are some of the symptoms of Food Sensitivity?

If you are struggling with any number of these symptoms you may be experiencing a sensitivity to foods you are consuming:

We have all used fad diets to try to lose weight and regain wellness. The problem with most diets is they try to exclude whole food groups. What we want to do is only exclude specific foods that you have a sensitivity too.

You may be avoiding foods you love, that you could eat.

You may be eating something that you believe is healthy for you but in fact could be causing you harm.

There is only one way to know for sure. That is to get tested. Why guess when you can know!?

What is a Food Sensitivity?

A food sensitivity is different from a food allergy.

A food allergy happens in the bloodstream and has an immediate, sometimes life threatening reaction, requiring immediate medical attention. Most people with these kinds of allergies often carry with them an EpiPen to counteract the reaction of a food allergy. An example and one of the most common would be like a peanut allergy or shellfish allergy. 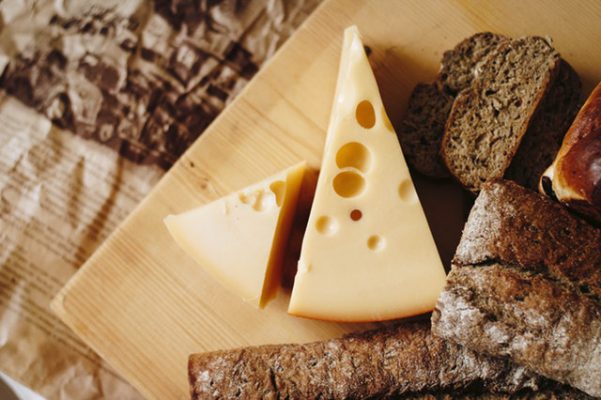 A food sensitivity however is much different.

A food sensitivity or a food intolerance is caused by an inability to digest a food and occurs in the digestive tract. The body cannot completely digest a particular food, and the proteins of this food enter the bloodstream un-dissolved and cause an immune system reaction.

This is why food sensitivity symptoms are so vast. Depending on the person It can happen with any food and depending on the food it can cause a reaction anywhere in the body.

Why is it so difficult to identify the food causing the sensitivity?

Symptoms of a food sensitivity may not show up for 72 hours making it almost impossible to identify the food causing the issue.

You would have to eliminate a food and wait at least 3 days, but what if it’s in a food substance like gluten, or an additive that’s in many foods. This makes it virtually impossible to identify a food sensitivity on your own without testing.

How does someone get tested for food sensitivities?

One option is to draw some blood and have it analyzed by a laboratory. You can either go to a Doctor’s office and have this done. Or there are mail order options.

As you could imagine Doctor visits and/or lab work can be extremely expensive. And there is nothing pleasant about drawing blood.

Another option is Bio-feedback!

If you choose a home visit you will have your results instantly right on the spot.

What Causes a Food Sensitivity?

Too much of one food. You can become sensitive to any food you eat too often. Many people eat a relatively small number of foods several times a day. For example, wheat, a common food sensitivity, is found in breakfast cereals, the bread used to make a sandwich at lunchtime, and the spaghetti eaten at dinnertime. 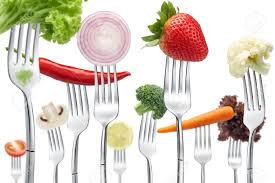 Leaky gut syndrome. The digestive tract plays a vital role in preventing illness and disease by providing an impenetrable barrier. When the lining of the gut is inflamed from a food sensitivity, small openings develop between the tightly woven cells making up the gut walls. This is called “leaky gut syndrome”. With leaky gut syndrome, partially digested dietary protein can cross the intestinal barrier into the bloodstream. These large protein molecules can cause an allergic response, producing symptoms directly in the intestines or throughout the body. Additionally, hundreds of yeast and bacteria are released from the gut into the bloodstream where they set up infection anywhere, including muscles, joints, bones, teeth roots, coronary arteries, or even the brain. The early introduction of solid foods to infants before six months of age contributes to leaky gut syndrome and subsequent food allergies and sensitivities.

Deficiency of Probiotics. One of the causes of leaky gut is an absence of probiotics or ‘friendly’ bacteria in the intestines. The friendly bacteria help maintain the health of the intestines by producing fuel for intestinal cells and killing bad bacteria. Parasitic infections, treatment with antibiotics and other toxic pharmaceuticals, stress, poor diet (sugar and flour), smoking, alcohol, excessive hygiene, candida overgrowth and bottle-feeding your baby can disrupt the proper balance of friendly bacteria to bad bacteria.

Overworked immune system. Constant stress, exposure to air and water pollution, and pesticides and chemicals in our food puts a strain on our immune system, making it less able to respond appropriately to the antigens in food.

Genetics. Food allergies and intolerances seem to be hereditary. Research indicates that if both parents have allergies, their children have a 67% chance of developing food allergies. When only one parent is allergic, the child has a 33% chance of developing food allergies. Specifically, a person may inherit a deficiency of an enzyme like lactase, the enzyme that digests dairy. With nightshade sensitivities, there are ten genetic variants for susceptibility, not all individuals are affected equally or at all. A similar case can be made for other food sensitivities. Genetic variations predict the severity of your sensitivity.

How Can Food Sensitivities Destroy Your Health?

INFLAMMATION is one of the biggest drivers of weight gain and disease in America. Heart disease, cancer, diabetes, high cholesterol are ALL inflammatory based conditions. Food sensitivities cause systemic inflammation throughout the body, beginning in the gut. For exmaple, in people with gluten sensitivity, the immune system attacks the intestinal cells to which gluten attaches, inflaming the gut. And, when the lining of the gut is inflamed, the body is prone to even more food sensitivities and reactions, and the problem spirals out of control. The other important thing to remember is your small intestine is where you absorb your nutrients. So if you’re sensitive to gluten, this destroys your small intestine leading to nutrient deficiencies. It’s the nutrient deficiencies that can lead to a whole host of symptoms and conditions. This is one other reason why we test for deficiencies if you are indeed intolerant to gluten.

The other problem is that most people eat foods they have become sensitive to several times a day. Every time that food enters the body, the immune system whips itself into a frenzy. But because symptoms are delayed up to 72 hours after eating, a food sensitivity can be hard to spot. Without a food sensitivity test, the damage is repeated over and over, meal after meal. Eventually, inflammation seeps throughout the body, establishing an environment ripe for weight gain and chronic disease.

What Food Sensitivities will I be Tested for? 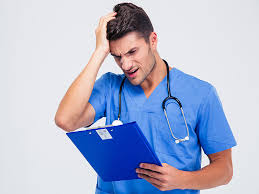 Compare that with one of the most popular mail in products on the market today. With these mail in food sensitivity testing products you must draw blood. With my service there is NO drawing blood. They test for only 96 foods. I test for 487.

Another popular mail in product we can compare also requires drawing blood. Again with my service there is NO drawing of blood. They test for 200 foods, I test for 487 food items. Their fee is $380.00. My fee is only $150.00. Currently reduced to only $90

There are a couple of other thing I do differently with food sensitivities.

Below is a full food sensitivity report.